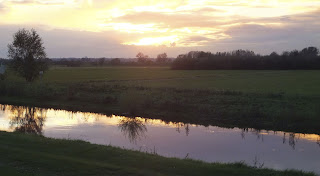 Listed below, in order, are all the 100 posts I have written since beginning this blog on 16th August 2011. For each one I give the title, a hyperlink, the date of posting, and a very brief summary plus any relevant notes. Sometimes I provide a link to other related posts, including links to World and Time, the blog I wrote between 2009-2011 while teaching at Madingley Hall, the University of Cambridge’s Institute of Continuing Education.

13   Julian Barnes revisited (ii): Poetry and ‘the Poet’           (2nd January 2012)
The second discussion of Julian Barnes’ Booker Prize-winning novel; focusing on the way that – without ever mentioning him by name – Barnes threads the poetry of Philip Larkin throughout the book, using it as an oblique commentary on the story as it develops.

15   In Search of Martha Edith Shotbolt                                      (21st January 2012)
A post tracing the life and teaching career of a Bedfordshire girl, daughter of a farm labourer and a straw plaiter; prompted by the chance discovery that Edith (my great grandmother) had married Albert Dove, schoolmaster of Cherry Burton, a village I had recently visited in search of stained glass.

20   Short Measures (i): William Blake & Eternity’s Sunrise (15th April 2012)
The first in a series of posts discussing a very short poem, no more than12 lines; the idea is to illustrate the technique of contextual close reading. (This has been by far the most viewed of all my posts.)

23   Short Measures (ii): Time and Thomas Hardy                      (11th June 2012)
Close reading and context: Hardy’s poem ‘In a Museum’, written after seeing the the cast of a prehistoric bird in Exeter’s Royal Albert Museum. This is the second in my series discussing very short poems. See also ‘Thomas Hardy’s Head for Heights’.

28   On First Looking Into Macfarlane’s ‘Old Ways’                   (21 August 2012)
Enthusiastic first impressions of a book by Robert Macfarlane, of particular interest to me because of its writing about the Wiltshire Downs, and focus on poets Edmund Blunden and Edward Thomas; the book written in fact almost as a companion piece to Matthew Hollis’ biography of Thomas. See also ‘World and Time: A Blog on the Og’.

34   Heaney and the Conversation of Poetry                         (5th November 2012)
Following a day working with teachers in France on the difficulties of engaging students with poetry, I recapitulate my discussion, which began with Seamus Heaney’s ‘On Sandymount Strand’, exploring the relationship between this three-line poem and the writings of James Joyce, before making a link to a once-famous Michael Drayton’s sonnet and ending with translation as a way of teaching the excitement and elusiveness of words and images in poetry.

36   Quiller-Couch, Cornwall, Cambridge and English     (23rd November2012)
I wrote about Sir Arthur Quiller-Couch first in ‘On Q’ for World and Time; here I discuss his decision to commute between Fowey in Cornwall and Cambridge University to become Professor of English, ending with a postscript about the gate of his Cornish home, The Haven.

38   Short Measures (iv): Crashaw’s Nativity Hymn         (20th December 2012)
A Christmas close reading of a short poem by the lesser-known Metaphysical poet Richard Crashaw I much admire; this poem-within-a-poem I now read within the context of the longer poem which forms an interesting point of comparison with Milton’s Paradise Lost.

42   Why reading matters (more than ever)                          (18th February 2013)
A lecture given to the English Speaking Union, dealing first with the closure threat to local libraries, before discussing the importance of books and reading as a theme in the final volume of Seamus Heaney’s poetry Human Chain. Finally a demonstration of close reading, taking a passage from Hilary Mantel’s Wolf Hall.

43   What larks? Birdsong, & Cultural Memory                            (8th March 2013)
A walk in the Cotswolds, prompting a reflection on ‘Returning we hear the larks’ by Isaac Rosenberg and then a defence of novelists such as Sebastian Faulks and Pat Barker against attacks from recent military historians.

44   The Great War: writers, historians, critics                         (22nd March 2013)
For the first time, a post that is composed almost entirely of responses to the previous post, concluding with an extended and thought-provoking critique of my defence of a passage from Birdsong.

46   Tripe Dressing in Jersey: introduction to family history   (28 April 2013)
An unexpected twist to my research into the origins of my Jersey ancestor: my great great grandfather, John Fuller (1800-1863) whose portrait I have lived with most of my life.  My discoveries in Jersey lead to a radical reassessment of a rather remarkable man and his resourceful daughters.

53   Victor Hugo’s Home Improvements                                           (22nd July 2013)
In St Peter Port, Guernsey, a tour of the house in Hauteville which Hugo renovated and decorated in an astonishingly idiosyncratic way while living in exile on Guernsey; culminating in the view across the harbour to Castle Cornet seen from his writing table and, higher still, from his rooftop Belvedere.

54   Short Measures (v): Robert Herrick’s Old Wives                        (8th August 2013)
A poem discovered in a stained glass window in an hotel on the south coast, facing the Needles and the Isle of Wight; comparison of Herrick with John Betjeman, and Herrick’s fondness for old wives’ and fairy tales, leading him back to Shakespeare and to the Epilogue to A Midsummer Night’s Dream.

55   From Prague: Appointments to Keep in the Past            (21st August 2013)
My first visit to Prague: reflections on the Prague Spring and the plays of Tom Stoppard; the significance of Jan Palach;  the old Jewish Cemetery and a meditation on time in W.G. Sebald’s Austerlitz.

61   At the Biographers’ Club Prize Dinner                       (23rd November 2013)
The annual awards presented at a dinner held in the Savile Club in London’s Mayfair. Praise for John Smart’s biography, Tarantula, about the writer and bibliographer John Hayward. My difficulties with pinning down the character of Charles Eamer Kempe; the award of the Biography of the Year Prize to Charles Moore. See Seamus Heaney Full Face.

69   Short Measures (vi): Ivor Gurney and George Herbert    (23rd April 2014)
a close reading of  an Ivor Gurney poem, ‘Song and Pain’, written in the aftermath of Gurney’s wartime experience. The poem is related to a Tommy Denny window in a Gloucestershire village church, and I argue that ‘Song and Pain’ provides evidence of Gurney’s affinity with the poetry of George Herbert.

70   In Defence of the War Poets (ii) The Battle of Max Hastings   (15 May 14)
Written in astonishment and frustration at an article by Max Hastings entitled ‘Oh What a Lovely Myth’, which, once again, targets the war poets and seeks to defend what Hastings calls ‘the warrior caste’; challenging Hastings’ use of the writer Charles Carrington to attack Siegfried Sassoon and Edmund Blunden. See also What Larks? Birdsong and Cultural Memory.

75   Reading Stained Glass (iii): ‘Ab Fab’ in Fairford                (28th July 2014)
The news that Joanna Lumley and others have recorded an audio guide to the stained glass of Fairford Church in the Cotswolds prompts a discussion of very late medieval stained glass, in relation both to a lecture I had given on George Herbert and stained glass, and to the renaissance glass of King’s College Chapel.

76   La Grande Guerre: Elegy in a French Country Churchyard (30 Aug 2014)
On holiday in northern France I am struck by the village church and First World War memorial at Doudeauville, and investigate the history of a French poilu, whose death is recorded on a tombstone in the churchyard but omitted from the war memorial itself.

77   On Boadicea, William Cowper & Westminster Abbey    (19th Sept 2014)
Re-visiting the statue of Boadicea and her daughters on the Westminster Embankment, I am struck by the quotation on the plinth – from William Cowper, who I then discover in a window in Westminster Abbey. Warning: this post also contains a rant about the outrageous treatment of visitors to the Abbey.

80   Reading Stained Glass (iv): a War Memorial Window        (11th Nov. 2014)
A window in Clare Parish Church in Suffolk, which reveals only in its Latin inscription that it is a war memorial window, by the designer F.C. Eden. A detailed description of the window and its remarkable punning imagery of a bloodbath. See also Tom Denny and Ivor Gurney in Gloucester Cathedral.

83   On F.R. Leavis (i): Dangerous Driving                          (30th December 2014)
First of two linked posts; the recovery of a piece of paper with a note from Leavis prompts my recollection of interviewing him when I was a student at Durham University; his courtesy and anxiety not to upset his wife. See also World and Time: New Bearings on F.R. Leavis.

88   Imitation Game? The Power of Pastiche                      (28th February 2015)
Taking issue with a comment in the obituaries of the composer Patrick Gowers; discussing why pastiche involves homage; the originality of pastiche -  investigating the power of pastiche in Shakespeare and T.S. Eliot. Interesting comments added by readers at the end of this post.

89   Venice Inscribed (v): Jan Morris                                         (24th March 2015)
A celebration of Jan Morris at nearly 90 and of her valedictory book on Venice, Ciao Carpaccio! Carpaccio compared to Canaletto on speed. Jan Morris’s contribution to our understanding of La Serenissima, and a realization that from her first to her last book about Venice, she has seen the city through the eyes of her favourite painter. See also Venice at the Edges.

93   Venice Inscribed (vi): Mr Ruskin and Mr Street                 (11th May 2015)
An inscription inside my grandmother’s copy of Ruskin’s A Joy Forever. The May Queen ceremony at Whitelands College; Ruskin and the importance of seeing – his criticism of architects and historians who do not spend as much time looking at Venice as he does. His strictures against George Edmund Street. See also World and Time: in Venice (i): La Biennale.

98   In the Captain’s Tower: Ezra Pound and T.S. Eliot                 (4th July 2015)
The importance of Ezra Pound to T.S. Eliot, and their life-long friendship; Pound’s own sense of isolation; the assessments of poets – Robert Lowell, Basil Bunting and Anthony Rudolf on Pound and his standing today. See also World and Time: (Still) in Venice .


A valedictory post, sketching the course of my blogging career over six years and discussing some of the things I have learned from blogging and some of the ways blogging has shaped the ways I think and write; my reasons for retiring from the field on reaching my century. 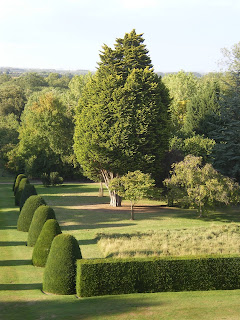 A year or two ago, the novelist Joe Treasure discussed on his blog the things that made him uneasy about blogging. I recommend this piece for, much as I have really enjoyed blogging, some of Joe’s reservations coincide with my own.  He ends, however, with a list of five bad things that a blog does not do; and in my defence as a persistent blogger, I think these are worth restating. A blog, Joe reminds us, will not:


With my best wishes, and warmest thanks for reading my blog.
Adrian Barlow
Posted by Adrian Barlow at 10:54