Lives of Houses (i): The Rectory, Tydd St. Mary 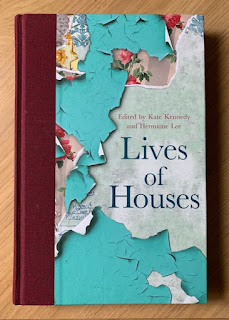 Lives of Houses is a book that has preoccupied me for nearly twelve months. I first read it just as we entered Lockdown #1 last March and now, as we wait for the arrival of spring and the longed-for end to Lockdown #3, the thoughts and ideas it prompted a year ago still impress themselves upon my mind and my imagination. It’s a book that asks questions about our relationship with the houses in which we live, or have lived: how houses shape, and are shaped by, the people who inhabit them from one generation to another. The book is a collection of essays edited by biographers – Hermione Lee and Kate Kennedy, both closely associated with the Centre for Life-Writing at Wolfson College, Oxford – and the contributors include historians, poets and novelists. Those whose houses are the subject of individual essays include Britten and Sibelius, Edith Wharton and Elizabeth Bowen, Charles and Mary Lamb, Tennyson, Yeats and Auden (twice).

Two particular questions, posed in Hermione Lee’s Preface to Lives of Houses, nagged at me as I

read the book a first time and nag at me still: ‘What does it feel like to long for a lost house?’ and ‘What presence do the ghosts of vanished houses play in our lives?’  Between 1956 (the year of Look Back in Anger) and 1963 (Philip Larkin’s Annus Mirabilis) I lived in an extraordinary old house in a Lincolnshire village deep in the Fens that lie around The Wash. Tydd St. Mary was my father’s parish; St Mary’s was his church and the Rectory - all twenty something rooms of it plus three acres of drives, lawns, borders, walks, wells, woods, orchards, an earth closet and a walled kitchen garden, not forgetting the pigsty and chicken run, stables and coach house – was our home. 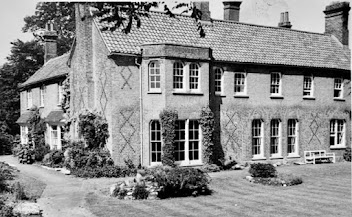 We were never meant to live there. When the Bishop of Lincoln had offered my father  the cure of souls in Tydd, he’d assured him no one could be expected to live these days in a rectory of that size on a stipend of £800 p.a. – even adding fees for funerals etc. and the annual rent from the glebe field. A smaller, modern rectory, to be built in the woods at the further end of the garden, was long overdue. If my parents were willing to camp in part of the existing building, the Bishop said, he guaranteed they’d have a brand-new rectory within a year. “I’ll send the archdeacon down to discuss it with you as soon as you’ve had time to unpack. You can tell him what you’d like.”

Looking after the practical (as opposed to the pastoral) needs of clergy is what archdeacons are meant to do. In Barchester Towers, for instance, Trollope’s Archdeacon Grantly is full of ideas for improving the amenities of the vicarage for Mr Arabin, the incoming vicar of St Ewold’s. The wine cellar for a start: “Arabin, Arabin, this cellar is perfectly abominable. It would be murder to put a bottle of wine into it till it has been roofed, walled, and floored.” That was only the start; the kitchen grate was next to be condemned, and finally the dining room: “You must positively alter this dining-room, that is remodel it altogether; look here, it’s just sixteen feet by fifteen; did any man ever hear of a dining room of such proportions?”

The Archdeacon of Lincoln duly came to visit us, a few weeks after we had moved into Tydd Rectory. I remember his visit vividly. He was dressed exactly as Dr. Grantly would have dressed, a hundred years earlier: frock coat, apron, clerical gaiters and a black felt hat with a brim far wider than the sombre Homburg my father used to wear on Sundays. My parents had awaited his arrival nervously. It may have been only a month since they had exchanged Birmingham for the Fens and a cramped vicarage for one of the largest rectories in East Anglia, but this was long enough for them to have reached an unexpected conclusion: they didn’t want a new rectory and they no longer wanted just to camp in the old one – they wanted to live in it, properly. We all wanted to live in it. My brother and I, merely four and six years old though we were, wanted it just as strongly and as urgently: everywhere so old, yet new to us and all of it waiting to be explored.

If the Bishop had been expecting to learn that the Barlows could not wait to move into a newly-built parsonage, he was soon disappointed. To my parents’ relief, the Archdeacon had been delighted by their decision. Far from trying to talk them out of such foolishness, he revealed himself an ardent defender of the traditions of the C of E: “These great old rectories are part of our heritage,” he declared as he prepared to take his leave, “and I congratulate you on being willing to defend that heritage.” The warm glow of the Archdeacon’s approbation was somewhat dimmed, I must admit, when he remembered he’d forgotten his black broad-brimmed hat – had he left on the window seat in the hall, he wondered? He had, and I had been sitting on it. 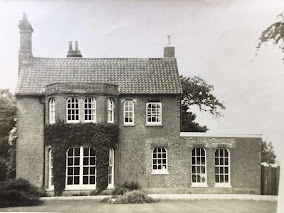 Penelope Fitzgerald, in her biography of her father and uncles, The Knox Brothers, records that when their family moved to a large rectory in Leicestershire in 1884, ‘All the children were so happy there that in later years they could cure themselves of sleeplessness simply by imagining that they were back at Kibworth’. I know how they felt. I know, too – in answering Hermione Lee – how it feels to long for a lost house.  I still feel a certain anguish and, yes, a certain anger that, shortly after we left, our beloved home was brutally carved up and much of it knocked down. Now, almost a lifetime later, Tydd Rectory still lives in my memory more insistently than anywhere else I have ever lived.