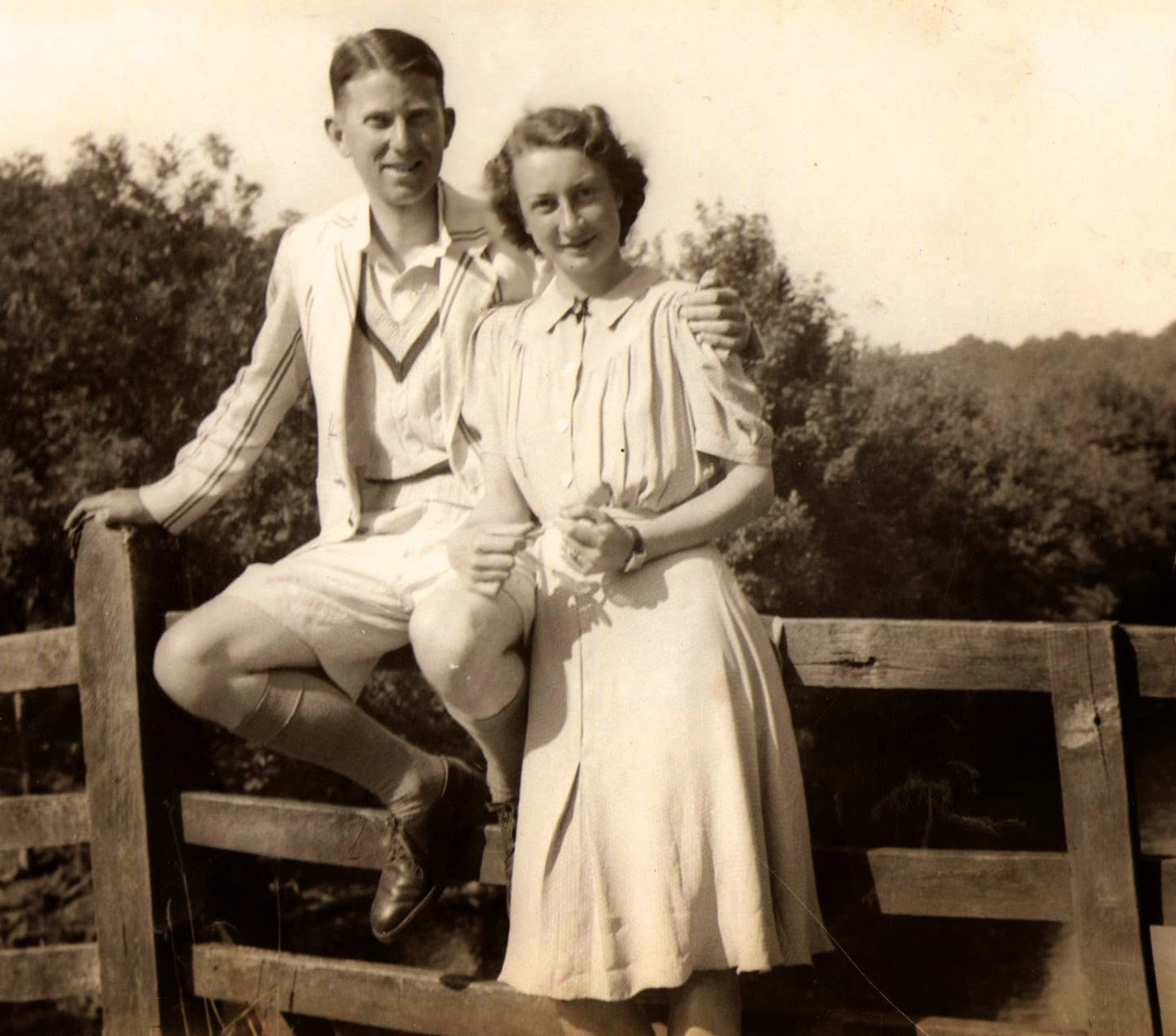 By rights, I should have been a younger brother. My mother was a wartime bride, married in July 1941 at the age of 19. She and my father (who was twelve years older) spent their honeymoon in Somerset, well away from the bombs that had been falling on south London, my mother’s home up to that time. Soon after, she was pregnant; but before the end of the year she had lost the baby and undergone surgery. It was to be eight years and two more operations later, before I was born. I only remember my mother speaking of this once, but she knew the child she had lost was a boy so, in the days long before scans, this must have been a late miscarriage or an early stillbirth. With the reticence of her time and class, she revealed few details, and never spoke of how she must have felt, then or in the years that followed.

Until very recently I have hardly ever thought about this child who could have been my brother – or, indeed, about miscarriage and stillbirth, which are about as close as we still come to taboo subjects these days. They are rarely written about in fiction, where one is more likely to read of abortion than of miscarriage. I think the only novel I have read in which miscarriage plays a significant part is D.H. Lawrence’s The Rainbow, and perhaps this contributed to the decision to ban the novel when it was published in 1915.

At the end of the story, Ursula Brangwen, having broken off her difficult engagement to a young army officer, Anton Skrebensky, finds she is pregnant and writes, offering to marry him after all.  But she doesn’t know that he has already left England; nor does she know that he, on the rebound and out of anger at the way she has treated him, has married his Colonel’s daughter, sailing with her to join his regiment in India. Walking alone across fields near her Nottingham home, trying to make sense of her life, Ursula encounters some horses in a field. The animals start to pursue her and she only escapes by running to the edge of the field and scrambling desperately up a tree, then falling back to earth on the far side of a hedge. She is ill and delirious for a fortnight, wrestling with the reality and the implications of being with child:

The child was like a bond round her brain, tightened on her brain. It bound her to Skrebensky.  But why, why did it bind her to Skrebensky? Could she not have a child of herself? Was not the child her own affair? What had it to do with him? Why must she be bound?

Gradually her delirium and despair give way to a deep sleep during which she sloughs off the old world to which her family, the mining town in which she lives, and Skrebensky himself had belonged. When she recovers, she has lost the child but gained a vision of a new life to come. The irony is heavy – some would say typically heavy-handed – but it prepares us for the climactic, eponymous, utterly-Lawrentian symbol of the novel:

And the rainbow stood on the earth. She knew that the sordid people who crept hard-scaled and separate on the face of the world’s corruption were living still, that the rainbow was arched in their blood, and would quiver to life in their spirit …. She saw in the rainbow the earth’s new architecture, the old, brittle corruption of houses and factories swept away, the world built up in a living fabric of Truth, fitting to the over-arching heaven.

In Madingley Church, near Cambridge, there is a touching and unusual memorial to a child who had been born and who died on a single day. It carries a verse epitaph in Latin, penned by the child’s father in 1636. 300 years later this threnody was translated by the poet Frances Cornford:

Bring roses, singing girls, soft pansies strew
To decorate these little ashes new;
Nor with one cry or longing tears invade
The sleeping stillness of an infant maid,
Who in one showery day was here and gone,
To God’s invariable peace passed on.
He whispered to her soul; without a stain
She, to His goodness, gave it back again.

The alabaster memorial depicts a tiny child, snugly wrapped from head to toe in a blanket, asleep and 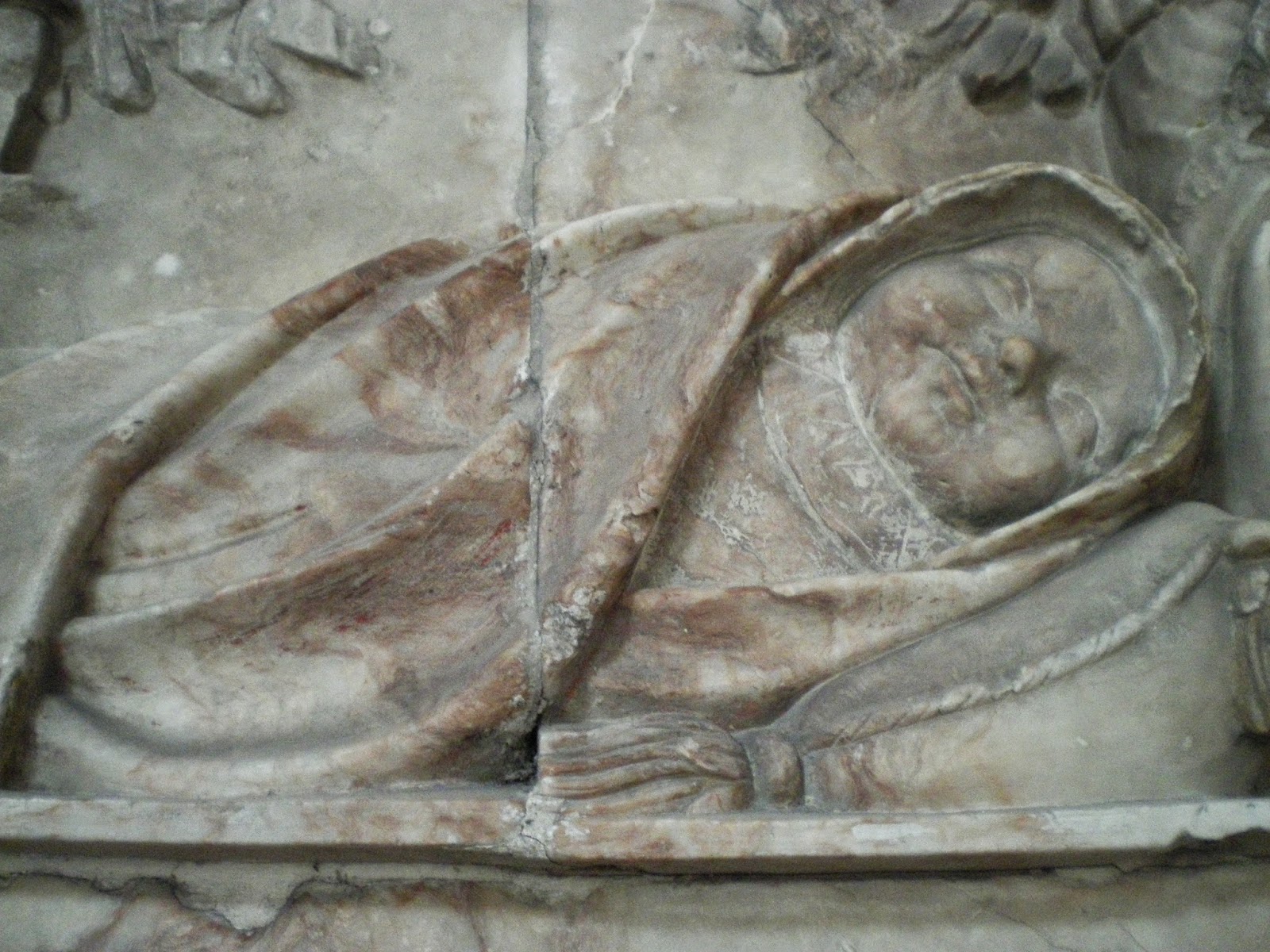 lying on a pillow, facing the onlooker. Above and on either side two angels hold a Crown of Innocence over her head. I have always found this tribute to a child so briefly alive as not even to be named one of the most moving examples of parents’ determination to memorialize a victim of what is nowadays known as neo-natal death. Within ten years of this baby’s death, however, the memorial had been smashed by Puritan iconoclasts who chopped off the angels’ heads and prised the memorial off the wall, breaking it in two. But the family recovered the shattered fragments and sometime later – presumably after the Restoration – paid to have the memorial repaired and replaced in the church. It’s an extraordinary emblem of the enduring significance of a life that hardly even began.

These reflections are prompted by a recent death in our family. It happened the day before the mother was due to have a twenty-week scan that would have revealed the sex of the child whose parents had up to then only called it affectionately ‘Little Bean’. As now we all call him. You can read his story, and how his parents are planning to memorialize him, here.  I hope you will; if you do, you’ll see some of the messages friends and strangers have posted – none more apt and affectionate than this, from Winnie the Pooh:

“Sometimes,” said Pooh, “the smallest things take up the most room in your heart.”

Postscript: Little Bean’s parents have now completed their charity fund-raising cycle challenge, riding from Trafalgar Square to the Eiffel Tower in 25 hours. You can read about their achievement here.

[illustrations: (i) My parents on their honeymoon, Dulverton, Somerset, July 1941 (ii) Memorial in Madingley Parish Church. Photos © the author.

You can read an earlier post of mine about Madingley in Time of (Civil) War.
Posted by Adrian Barlow at 23:38