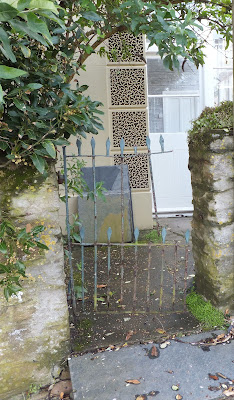 Sir Arthur Quiller-Couch must have been surprised when, a hundred years ago this month, he was invited to become King Edward VII Professor of English at Cambridge. He was fifty and hadn’t held a university post for over twenty years. True, he was what used to be called a man of letters; but his knighthood had been a recent reward for services to Asquith’s Liberal Party, not to Higher Education. His main literary achievement was The Oxford Book of English Verse.

There was the question of location, too. He was a Cornishman, born in Bodmin, living at The Haven in Fowey. He was Commodore of the local Yacht Club. Why give all this up for Cambridge? There wasn’t even a School of English there: he’d have a Chair, but no Tripos. Besides, he was an Oxford man, a classicist; would Cambridge welcome him? People assumed A.C. Benson would get the job. Benson himself feared he might be offered it.

Quiller-Couch’s cypher - Q - was almost emblematic of Cornish identity: I have even seen it adorning the cast-iron fireplace of a pub in far west Cornwall. I imagine he must have needed some persuading to forsake Fowey for the Fens. At the side of his house was a garden gate (Haven’s Gate?) Did he slip out here, down to the water’s edge to think it over? The gate survives, just. It’s rusty and neglected - rather like his reputation today.  No doubt, though, in 1912 it was new and brightly coloured – to judge by the traces of blue paint still showing. Actually, they’re Cambridge blue. Deliberate, or what?

Conventional wisdom has it that, though Quiller-Couch deserves credit for establishing a School of English, what people now call ‘Cambridge English’ - the English of I.A. Richards, of F.R. Leavis, of William Empson – was created almost in direct opposition to Q and all he stood for. Every time Terry Eagleton mentions him (at least once in most of his books from Literary Theory: an Introduction onwards) epithets like ‘patrician’, ‘dilettante’, ‘belles-lettres’ hang in the air like a bad smell.

I think conventional wisdom is right on the first count, but wrong on the second. And I think Eagleton has maligned and misread Q, - if, indeed, he’s read him at all.

Q accepted the professorship because it gave him a chance – the best chance there was –to define both the way English should be taught at Cambridge, and the way it should be taught throughout the country to every child, no matter what their background, school, or social level. He believed English should be the core subject of a national, liberal humanist curriculum. In the eleventh Lecture of On the Art of Reading he presented this credo:

I believe that while it may grow – and grow infinitely – with increase of learning, the grace of a liberal education, like the grace of Christianity, is so catholic a thing – so absolutely above being trafficked, retailed, apportioned, among ‘stations in life’ – that the humblest child may claim it by indefeasible right, having a soul.

(N.B. Q explicitly rejects the suggestion that only those lucky enough to afford a soul should be entitled to education for its own sake (liberal); everyone, he argues, has a soul; therefore a liberal education must be available to all because of itself it is something intrinsically worthwhile and good for the soul; it is not something to be judged by its utility and reduced to key skills, or transferable skills or even, horribile dictu, twenty-first century skills.)

It was Q who saw the need, and the opportunity, to explain why English mattered not as a dead subject but as a lively art. For him English was an evolving practice, a shared enterprise: the best of English literature, he believed, could yet be to come. Hence it’s no accident that the two key books from his early years at Cambridge are On The Art of Writing and On The Art of Reading. Q always ‘preached’ – his own word – that Literature is ‘memorable speech’ and that it is the birthright of all.

So, in the Preface to On The Art of Reading, he published his manifesto:

Though it be well worth while to strive that the study of English (of our own literature, and of the art of using our own language, in speech or in writing, to the best purpose) shall take an honourable place among the Schools of a great University … it is not in our Universities that the general redemption of English shall be won … The real battle for English lies in our elementary schools, and in the training of our Elementary Teachers.

Q’s project was to teach people how to teach English. He acknowledged the awkwardness of his position as a man who, occupying a Chair, ‘contrived to fall between two stools. My thoughts,’ he admitted, (speaking as one who for ten years had been an Inspector of rural schools in Cornwall), ‘have too often strayed from my audience in a University theatre away to remote rural class-rooms … to piteous groups of urchins standing at attention and chanting The Wreck of the Hesperus in unison.’  There had to be a better way to nourish the imagination, to use the humane discipline of English to create humane, discriminating adults.  (Discrimination was one of Q’s key words long before it was annexed by Leavis and his disciples.) Humanism he defined as

It was Q who said this first, and herein his lasting importance lies.

I shall write about Q and the idea of a School of English, in January 2013, to mark the centenary of his Inaugural Lecture at Cambridge.

There is an excellent website about Sir Arthur Quiller-Couch: http://www.quillercouch.co.uk/

[photo: the side gate to The Haven, Fowey, Q’s home in Cornwall © the author