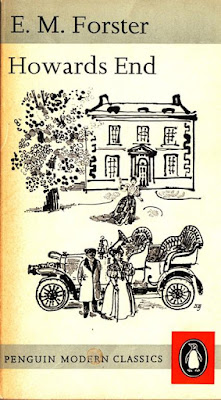 New Year’s Day is E.M. Forster’s birthday. He was born 1st January 1879. And this week I read that Howards End is to be serialized by the BBC sometime in 2016. Cause for celebration? I hope so. It is certainly a novel that lends itself to adaptation, and the 1992 film of Howards End, starring Emma Thompson and Anthony Hopkins, is still fresh in my mind. But the adaptations began much earlier. In 1967, I watched a stage version in London, with Gemma Jones as Helen Schlegel. In 1970, this was adapted as a BBC Play of the Month, with Glenda Jackson as Margaret. I don’t remember much about that production; my regret now is to have no recollection of its specially commissioned music. The composer was Elizabeth Poston, a close friend of Forster’s who would one day live at Rooks Nest, both the childhood home of Forster himself and the actual model for Howards End. Poston’s score might have been the best way of providing what is essential in Forster yet always gets lost in adaptation: the controlling but chameleon narrative voice.

It isn’t only adaptations into other media that mark out Forster’s novel. Novelists, too, have turned to it – notably David Lodge in Nice Work (1988) and Zadie Smith in On Beauty (2005). Both these novels are acts of homage to Howards End, and aspects of the novel are threaded gleefully into the warp and weft (Forster’s own phrase) of the plots and the characters of each. I have enjoyed all these attempts at adaptation. They show, if nothing else, the novel sustaining a lively afterlife. But still the loss of that narrative voice troubles me.

… in Howards End the characters are represented as free individuals, with minds of their own, but the book contains a strikingly large amount of authorial reflection, wise sayings about love, class and culture, panic and emptiness, prose and passion, connecting and not connecting, straightforward announcements of the Forsterian way of looking at the human condition.

I admire Kermode, but disagree with him here. What he calls ‘authorial reflection, wise sayings’ are often neither authorial nor necessarily wise. And although ‘the Forsterian way of looking at the human condition’ is exactly what Forster’s novels offer the reader, such announcements aren’t straightforward. I take his narrators to be as carefully created (and as subject to their creator’s criticism) as all his other characters. When the narrator begins Chapter VI by proclaiming , ‘We are not concerned with the very poor. They are unthinkable’, who exactly does that ‘We’ include? Forster himself? And us, his ‘hypocrite lecteur’?  Surely Forster’s justification for such an outrageous statement – ‘This story deals with gentlefolk, or with those who are obliged to pretend that they are gentlefolk’ – fools no-one, least of all Forster himself?

This is an unusual instance of the narratorial ‘We’ in Howards End; from the first word onwards, the 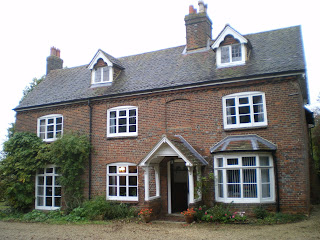 narrator is elsewhere singular (‘One may as well begin…’). Later in Chapter VI, when describing Mrs Bast’s ‘teeth of dazzling whiteness’, he whispers knowingly to the reader, ‘Take my word for it,’ (leaving unsaid but not un-implied a confidential ‘old chap’) ‘that smile was simply stunning’. Immediately afterwards, though, he assumes a more discriminating relationship, a shared superiority:

…it is only you and I who will be fastidious and complain that true joy begins in the eyes, and that the eyes of Jacky did not accord with her smile, but were anxious and hungry. (Howards End, ed. Oliver Stallybrass, Penguin Books, 1975, p.61)

Later in the novel, Mr Wilcox and his son Charles have to decide whether or not to tell Margaret  Schlegel that Ruth Wilcox has left Howards End to her. At this point, the narrator tells us it isn’t necessary to follow the conversation to its conclusion:

It is rather a moment when the commentator should step forward. Ought the Wilcoxes to have offered their home to Margaret? I think not.  (p.107)

The more the narrator proceeds to justify this conclusion – ‘No, the Wilcoxes are not to be blamed … it is natural and fitting that after due debate they should tear the note up and throw it onto the dining room fire’ – the more evident it becomes that their decision is neither natural nor fitting. They are to be blamed.

So we grow reluctant to accept what the narrator tells us. Forster’s calling him ‘the commentator’ allows us to put some distance between ourselves and this ambiguous presence. As Forster, too, distances himself: there are even times in Howards End when the narrator adopts a female persona. After revealing that, though Helen had told her sister her feelings towards Paul Wilcox, she had said nothing to her brother Tibby, the narrator comments that this was neither prudishness nor precaution; rather, it was ‘the feeling that she betrayed a secret into the camp of men, and that, however trivial it was on this side of the barrier, it would become important on that.’ (p.67) I take ‘this side’ to imply women’s side, her side, on which she, the narrator/commentator, stands alongside Helen.

If you think I’m stretching a point here, consider the passage where the narrator ponders the way Margaret deals with the discovery of Henry’s former affair:

Pity was at the bottom of her actions all through this crisis. Pity, if one may generalize, is at the bottom of woman. When men like us, it is for our better qualities, and however tender their liking we dare not be unworthy of it, or they will quietly let us go. (p.240)

Whether these sayings are wise, or not, they are unarguably said here by a woman, and that woman is both narrator and commentator. She deserves her place among the cast of characters, and I hope for the day when an adaptation of Howards End finds room for her. Meanwhile, happy birthday to the shade of Morgan Forster.

[illustrations: (i) The Penguin Modern Classics edition of Howards End that I used for A level English 1965-7; (ii) Rooks Nest, Stevenage, Hertfordshire; photo © the author

I keep returning to Forster. My previous post, ‘The Threat to Madingley Dell’ , refers to his novel The Longest Journey. See also ‘Venice Inscribed: Ruskin and E.M. Forster’ and ‘King’s Cross and E.M. Forster’. Some of the posts on Forster from my previous blog, World and Time: Adrian Barlow’s blog, form a chapter in my book Extramural: Literature and Lifelong Learning (Lutterworth, 2012).

A complete inventory of my blog can be found here.