Tripe-dressing in Jersey: an introduction to family history 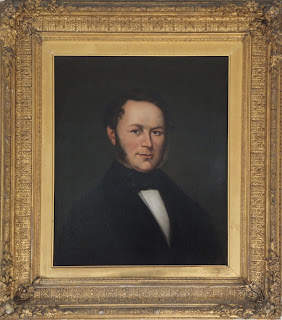 Above our mantelpiece at home hangs a portrait of my great great grandfather, Henry Fuller. It’s a good picture, undated but about 175 years old, and shows a man of early middle age (his whiskers are just beginning to turn grey) who looks out at the world with a steady gaze. I’ve known this portrait since I was five: my father inherited it when his Uncle Harry died; and Uncle Harry’s mother, Clara, was the daughter of Henry Fuller. There’s a photo of Clara in an old family album. I can see my father’s face, and perhaps even my own, in hers.

Until this week all I really knew about Henry Fuller was that he came from Jersey, and that my great grandfather, George Barlow, had married two of his daughters: first Clara in 1867, and then, after Clara died – five children and thirty six years later – her younger sister Emma, in 1905. He’d had to go to Jersey for this second marriage, because marriage to one’s deceased wife’s sister was still illegal in England and George was a Londoner. (The law was changed in 1907). I have just come back from a short holiday in Jersey, and I now know a great deal more about my Channel Island forebears. What I’ve learned has fascinated and astonished me: I have now to look at my great great grandfather’s portrait with fresh, but puzzled, eyes.

What do you see, looking at his portrait yourself for the first time? Someone confident, well-groomed, bien dans sa peau, a middle-class Jerseyman at ease speaking French? A man of property perhaps, respectable and well-educated? All of the above? Sorry, you’d be wrong on every count. Just as I was.

Henry Fuller was born in England in 1800, the son of John Fuller, a soldier in the French wars, who may have been garrisoned in Jersey at some point. In 1822 Henry married Jane Aylin, probably in England – there’s no record of his marriage in Jersey – but by the following year they are in St. Helier, where the first of their ten children is born.  In 1825 he appears to have received a prison sentence for a debt of £12, but was immediately bailed in the sum of six pence three farthings. There is no record anywhere of any other Henry Fuller on Jersey at this time, so I suppose this must have been him.

The first Fuller family references are to baptisms and burials in the St. Helier Town Church, and by the 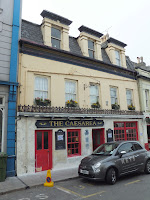 year of Queen Victoria’s accession Henry has already fathered seven children.  In the same year the Jersey Royal Almanack gives the earliest clue about his occupation:  he is a butcher, with a stall (number 28) in the market. The census four years later – the first official census on the island – gives his address: 6 Cattle Street. Cattle Street, as its name suggests, was the shambles of St. Helier – neither a smart address then, nor frankly now. Number 6 today is the Caesarea Inn (one of the surprises of Jersey is that the Romans called it Caesarea, though no more surprising, of course, than an Australian state being named Victoria).

I’d guess that the 1840s was about the time my portrait of Henry was painted, and I can only say that he doesn’t look like a butcher, certainly not one with an address in Cattle Street. He lives in this street for the rest of his life. In 1844, his wife dies there, just a few days after the birth of her tenth child, Emma Amelia: ‘mort en coucher’ according to her death certificate. Other than that she was Henry’s wife and the mother of his children, I know nothing at all about my great great grandmother. Her husband’s occupation is given as ‘boucher’. Emma Amelia, motherless from birth and brought up by her elder sisters, was to be my great uncle’s second wife.

Henry lives in Cattle Street and has a stall in the market for the rest of his life. But in 1851, while he and his 15 year-old son Gilbert (an apprentice printer) are listed in the next census as still living at number 6, his daughters are now installed in Parade Street, a much more upmarket part of town. Thirza, the eldest and by now a governess, is listed as the head of the family. The others are all described as ‘scholars’ – i.e. still at school. They maintain one living-in servant. However, the ages given on the census return for all but the youngest two children are quite wrong: Selina, for instance, who was born in 1835, is described as aged 25; Harriet’s age, actually fourteen, is given as 20. Odd, wouldn’t you agree? No more odd, though, than the daughters all living separately from their father, and it seems independently of him.

Perhaps the answer is simple: Henry was literally living ‘over the shop’ and had taken pains to house his daughters well away from what was undoubtedly a rough area of town. The house in Parade Street was rented (I’ve checked in the Rates Book, and no Fuller is listed as a home owner), but butchering was a regular and important trade in an island already famous for its cattle. Is it not perfectly possible Henry wanted the best for his daughters, paid to see them well enough educated for one at least to become a governess (they would have spoken French as well as they spoke English: the island was virtually bilingual at this time), and encouraged them to make a life for themselves? By 1861 they have all disappeared from the census: three years later Harriet gets married to a Frenchman, and in 1867 Clara marries George Barlow in London. 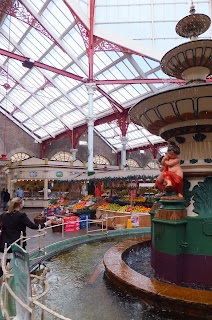 But by then Henry is dead. He dies in 1863 of ‘cancer à la gorge’, still in Cattle Street, but now in lodgings at number 11. He must have found the lifting and cutting up of carcasses too much by the age of sixty, because for the last three years of his life he is listed in the Almanacs variously as a ‘tripe dresser’, a ‘tripe vendor’ and, on his death certificate, a ‘tripier’. Did he go on working to the end to provide for his daughters? Were they still in touch, or even still in Jersey? A neighbour, not a daughter, is recorded as being in attendance at his death.

I admit, when I had got to this point in my researches, I seriously doubted whether my portrait could be of Henry Fuller. But there was a startling twist I uncovered next day. When Harriet marries Auguste Vernes, a flourishing ‘négociant’ [sc. businessman] in St Helier the year after her father’s death, Henry is described posthumously and unblushingly on her marriage certificate as ‘gentilhomme’. The man in my portrait certainly looks the part, but St Helier was a small place in those days. Surely people would have remembered that Henry Fuller had only recently ended his days selling boiled tripe in the Jersey Market?

And what about Clara? I think the provenance of the portrait depends on her. She moves to London and marries a man wealthy enough to build a house for the two of them in a smart part of Hampstead and to erect an elaborate wrought iron gateway with the monogram GC (George and Clara) emblazoned in the design. It must have seemed a long way from Cattle Street, but Clara and her sisters had been immediately accepted into the family: her mother-in-law would later refer in her will to Clara’s spinster sister Selina Adelaide as ‘my friend’, leaving money to her and to Emma Amelia. My brother has offered the best solution to the riddle of the portrait: he thinks that Clara, fond of – grateful to – the father she had left behind in Jersey took with her to London a small daguerreotype of her father as a keepsake. (This photograph – almost a miniature – survives in our family.) Once married she, or more probably her new husband George, commissioned an artist to paint a portrait based on the photo, one that would present her father as a fully-fledged gentleman. The portrait would then have been placed inside an imposing gilt frame – as it still is – and hung in Hampstead, a tribute of affection to Clara’s father and proof of his respectability to any visitor.

I suppose that after Clara’s death, or after George’s, the portrait left London and came to their eldest son, Harry. Harry was named after his grandfather: when he witnessed his father’s second marriage, in St. Helier in 1905, he signed himself ‘Henry P Barlow’. The other signature was Selina’s; unmarried Selina who had witnessed Clara’s wedding in 1867 and now witnessed Emma’s, to the same husband. On the marriage certificate, Emma’s late father is described as ‘independent’ – a man of independent means. It’s hardly the word to describe a tripe dresser who had been working until he died. But perhaps, forty years on, no one really minded any longer.

I’m not sure whom I admire more: the daughters who had made their way so successfully into a world far removed from the noise and squalor of early Victorian Cattle Street , all the while maintaining the fiction that their father had been a ‘gentleman’; or Henry Fuller himself, who did the best he could for his large family, at no little cost to himself. I think of him (not, I hope, over-sentimantally) almost as a kind of Magwitch figure, a man determined that every penny he earned should go to support his daughters and ensure they would have a better life than he had had. I think his daughters and his son-in-law George Barlow acknowledged this, retaining an admiration for him that was expressed in the idealised portrait that now hangs over our mantelpiece. I know they retained an affection for the place of their birth, for when in the early 1920s George and Emma built themselves a home in Leigh-on-Sea, to be near George’s son, Edward, newly appointed minister of Leigh Road Baptist Church, what did they call the house? St. Helier.

Acknowledgements: we had not expected to spend so much of last week’s holiday in Jersey, pursuing 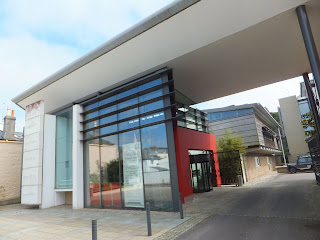 my great great grandfather, but I am glad we did, and I’m grateful to all who assisted us: the staff at the Jersey Archive, the local history librarians at the town’s excellent Library, the ladies in the Registry Office, the St. Helier Registrar; and Anna and Georgia at the library of the Société Jersiaise.

[Illustrations: (i) portrait of Henry Fuller, by an unknown artist;  (ii) the Caesarea Inn, St. Helier; (iii) The St. Helier Covered Market today, on the site of the earlier Meat market (iv) the Jersey Archive, where my search for Henry Fuller began. All photographs, copyright the author.

[Note: I have written once before about my family: In search of Martha Edith Shotbolt