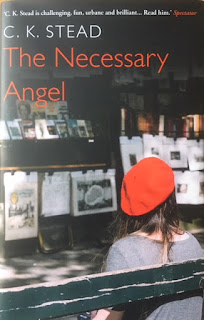 I have not attempted here to write a review of The Necesssary Angel, though I hope I have expressed my enthusiasm for this novel. The first UK review was by David Grylls for the Sunday Times, (28.1.18) and can be accessed here.
Posted by Adrian Barlow at 10:11